On 12 December 2009 Katie had the happiest day of her life when she married Richard Haines at St Mary The Virgin Church, Fairford, Gloucestershire. It was a beautiful winter’s day in a quintessentially Cotswold market town. Katie looked radiant, she entered the church to Wedding Processional from The Sound of Music (a favourite film of Katie and her siblings).  The readings that she and Richard had chosen  were so personal, ranging from the biblical to the more modern Pam Ayres and Sex and the City.  The melodious voice of Laura Grace Cox, accompanied on guitar by her husband Jon, sang We’ve Only Just Begun by The Carpenters and the beautiful song written by Laura, Perfect Smile.  When the happy couple came out of the church to the strains of Frank Sinatra singing Love and Marriage, Katie was wearing a fur wrap over her champagne-coloured wedding dress – the church bells rang out. Then followed a wonderful reception at Cripps Barn in Bibury. Katie had planned this day to the minute and everything went to plan. She was determined to make a speech at her wedding and to thank everyone, particularly Richard, for making it such a special day.

On 28th December, following a wonderful Christmas spent with her family and Richard’s, Katie and Richard went on their honeymoon to Brazil and Argentina. They had a fabulous time and took hundreds of photographs. On their return they settled in to married life; Katie returning to her much loved job as a press officer at Oxford University.

31st January 2010, Katie spent her birthday evening with her family and Richard’s and watched their wedding dvd put together so brilliantly by her brother-in-law, David Wells.

Katie was a beautiful woman, both inside and out, and had a wide circle of friends. She was a journalist for several years and so communication was her life and she made sure she kept in contact with all her many friends and actively encouraged reunions and get-togethers.

Every minute of Katie’s 31 years was filled. She was a hard worker and worked holidays throughout school and university. As a student, Katie also ran corporate tents at Wimbledon Tennis, helped manage the restaurant at Chelsea Football club and silver serviced at Ascot, amongst many other jobs. When working full time on local newspapers she moonlighted on national papers during evenings and weekends.

Sport was an important aspect of Katie’s life. Like the rest of her immediate family, she was an avid Arsenal fan and enjoyed the joys and tribulations of being ‘a gooner’. Rugby and tennis were also loves and with Richard she was lucky enough to see the 2008 Wimbledon final between Nadal and Federer. Katie played netball for Wokingham, was an active member of the gym and watched Richard’s Sunday cricket matches. She ran two marathons, raising several thousands of pounds for autism, epilepsy and Cancer Research. Katie’s other great love was reading and she consumed books with a passion.

Katie’s life was tragically cut short on the evening of 18th February 2010 when she died of carbon monoxide poisoning. Her husband Richard and father-in-law Gordon were also poisoned but thankfully survived, as did Katie and Rich’s much-loved cat Charlie. 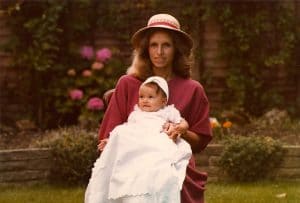 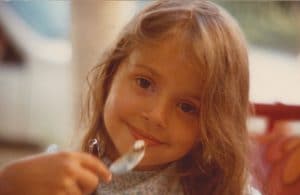